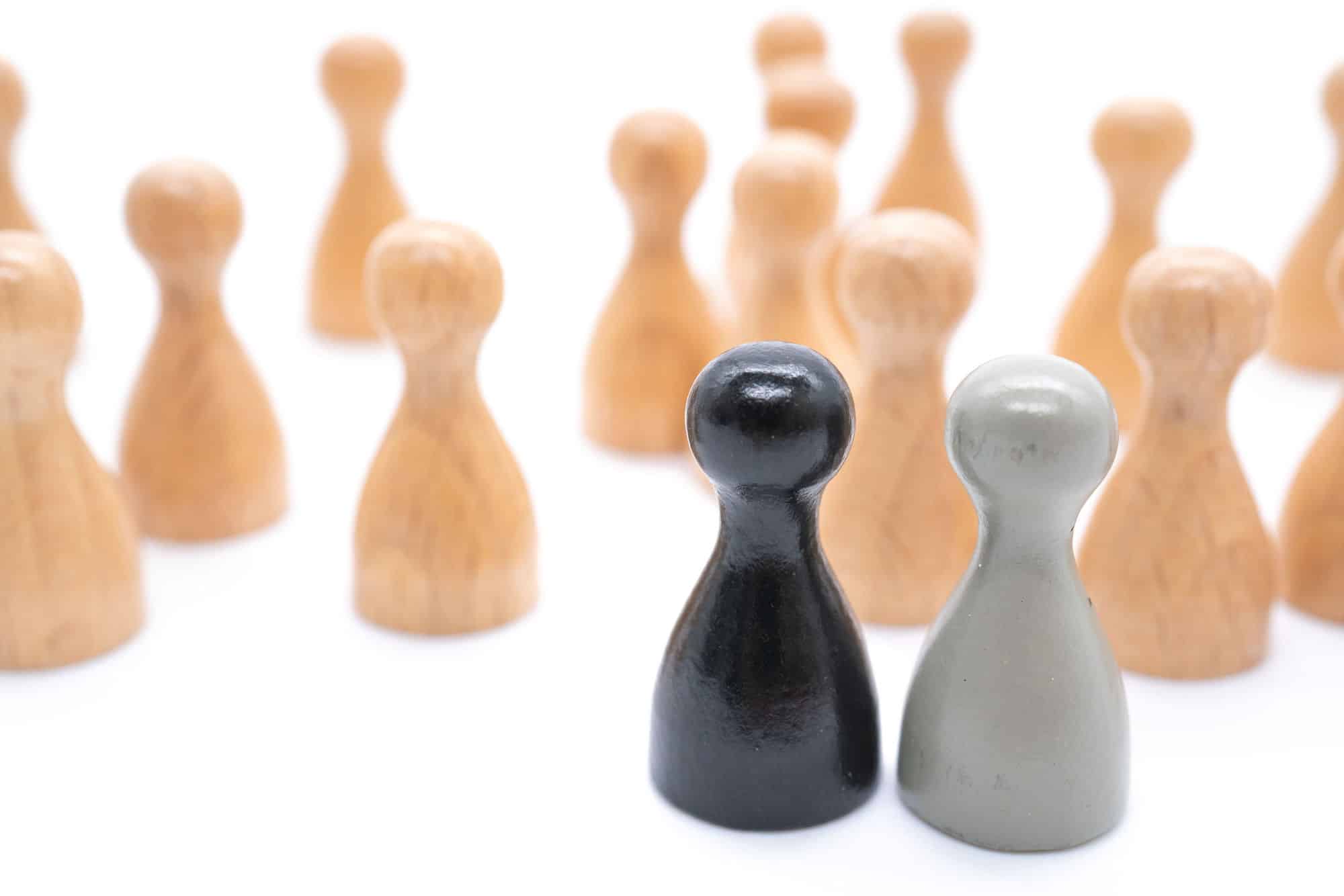 People have different ways to interpret the world around them, and miscommunication is often a result when we assume we do so similarly. A noted author discusses an innovative way to classify communication styles to avoid clashes.

Nancy Benson: It’s usually hard to get along with someone who has a different take on the world than you do. But Scott Schwefel says, “Put yourself in their shoes.” Schwefel is a professional communicator, author of the book “Discover Yourself” and CEO of a firm by the same name. He says if you allow yourself to see things from another person’s perspective, it can prevent misunderstandings.

Schwefel: I think it’s actually the combination of the assumption that other people see the world the same way that we do, but one of the things that also happens is we simply do not take that into account. We don’t think about and realize that other people bring a unique perspective to every situation that we may have a take on. And a lot of times, if they come from a different place than we do, they have a very different view which leads to very different conclusions.

Benson: Schwefel knows from his own experience that not all personalities are the same. And it gets us into trouble when we think everyone’s just like us.

Schwefel: I tend to focus on the world in an extroverted way with a lot of energy an enthusiasm and focus on people. I’m that guy that likes to meet people in every instance that I can and sort of brings and energy and enthusiasm to the interaction, but from a timing standpoint, this just happened to be this morning, I happened to jump into an elevator with a woman that clearly was trying to stand as she could, very much focused on what was happening in her phone, and as I kind of glanced up for the opportunity to sort of bring that engaging good morning that I tend to want to do, I recognized that she was sending a message to me that said, “I’m not looking to share a good morning with anybody.

Benson: That’s why Schwefel says it’s important to be aware of your own color personality type, as well as that of others. Then you’ll be able to better connect, adapt, and influence others. Schwefel uses a phrase from the influential early 20th century psychologist Dr. Carl Jung –the “otherness of the other”– as a theory for better communication.

Schwefel: What he talked about is, for effective communication to occur, people need to pay close attention to how other people are different than they are, not so much always about how we try to make common connections with people, but if we can acknowledge and recognize the uniqueness of other people, we can lean our own natural style on to theirs more effectively.

Schwefel: I work and train and speak to a four-color model of personality, which is extroversion, introversion, and then thinking-based decision-makers and feeling-based decision-makers. And so if you couple those together, you end up with four colors defined by, in this case, we talk about fiery red representing an extroverted thinker, somebody who’s task-oriented who is always in go, go, go mode and likes to get things done. But as I move across the model to the opposite, lower-left side, it’s earth green, it’s actually an opposite personality style and it’s represented by somebody who’s more introverted, more people-feeling and relationship based and they tend to be amiable, patient, caring, calm, and relaxed. And interesting, you see that people with those two literally opposite personalities sometimes are immediately in conflict when they’re trying to work together or understand each other, but also somewhat ironically, many of us marry our opposite types. Those opposites, at times, also attract.

Benson: Doesn’t sound like you? Then you may be more of a sunshine yellow or cool blue type of person.

Schwefel: Also an extroverted energy, but this time extroverted with a focus more on, again, people, feelings, and relationships, we call sunshine yellow. It’s the energy that I lead with that brings energy, enthusiasm, motivation, it’s all about bringing people together in groups and enjoying the moment, you know having fun, enjoying the journey. And again, the opposite across the upper left side of the model is cool blue- folks that are introverted, thinking, analytical, focused on data in their decision-making, always seeking a deeper understanding of how and why things are done. If I add shortcuts to help make these color energies come alive, cool blue is “Do it right.” It’s somebody who’s all about getting things done the right way and that opposite sunshine yellow is “Do it together.” It’s all about people and energy and enthusiasm and enjoying the moment. And that fiery red energy is “Do it now,” it’s just all about get it done, task-oriented. And again you can see the contrast between fiery red and earth green, which is amiable, patient, and caring- it’s somebody who’s all about “Do it harmoniously.”

Benson: But don’t worry, if you don’t think you perfectly fit into one of these categories, you’re not alone.

Schwefel: We like to say that everybody is a combination of all four, and that people tend to favor maybe one, maybe two, and even sometimes three. In the roughly four million people that have been profiled in our model, about 54% lead with two energies, meaning they’ve got a high amount of two, and not so much the other two. And then interestingly, about 43% of people lead with three energies. So they’re able to show one of these three color energies pretty comfortably only about 3% of the time if somebody is more locked in to just leading with one energy, we call that focused and they tend to show that one energy, but again that only happens about 3% of the time. So people, generally, are a blend of these colors.

Benson: Schwefel says if you have a good understanding of who you are then it’ll make your relationships with other people stronger.

Schwefel: We talk about a framework of starting kind of with a sense of self, “Who am I?” You know, maybe “where do I fit in the model? What color do I lead with?” And then from that jumping off point, as soon as someone walks in or as soon as they’re on a call or face-to-face interacting with somebody else, there needs to be something that triggers you to consciousness to Jung’s phrase “the otherness of the other” and in looking at that person you’re with thinking, what color do they lead with? If they lead with fiery red, I might want to pick up my pace just a little bit or, if they lead with earth green, I probably want to slow down and calm down and make more of a relationship or a connection in the moment.

Benson: Schwefel says being aware of another person’s color energy will help you communicate more efficient and effectively.

Schwefel: As a function of watching somebody as you approach them, if they seem to just kind of lock in on you as they approach, they likely lead with more extroversion, which is red and yellow in the model. And if somebody tends to look away repeatedly as they are approaching you, we tend to lean into thinking they probably lead with more introverted blue or green energy. That’s one way to divide the model in half, and the other one is red and blue energy make data-based, logic-based decisions, so they don’t show that much emotion and people who lead with green or yellow energy, they tend to be feelers as we call them and they make very people, feeling, relationship-based decisions and they tend to show emotion. Depending on what I decide right then, that will drive how I interact with them moving forward.

Benson: Most people spend conversations thinking about themselves and what they’re going to say next. But thinking about someone else’s point of view and their color energy can provide a whole new perspective.

Our writer this week is Heather Muno. Our production director is Sean Waldron. I’m Nancy Benson.

Fibbing To Your Doctor

Since 1992, Radio Health Journal has been bringing listeners useful, verifiable information they can trust and rely on in the fields of medicine, science & technology, research, and the intersection of health & public policy. Both Radio Health Journal and sister show Viewpoints Radio are AURN productions.

How ‘Long Covid’ Has Brought Attention To A Neglected Illness

Dissecting the Emergency Room: Every Patient Has a Story

A Drop in Vaccination Rates Puts Us All at Risk

The Language of Addiction: Why words matter