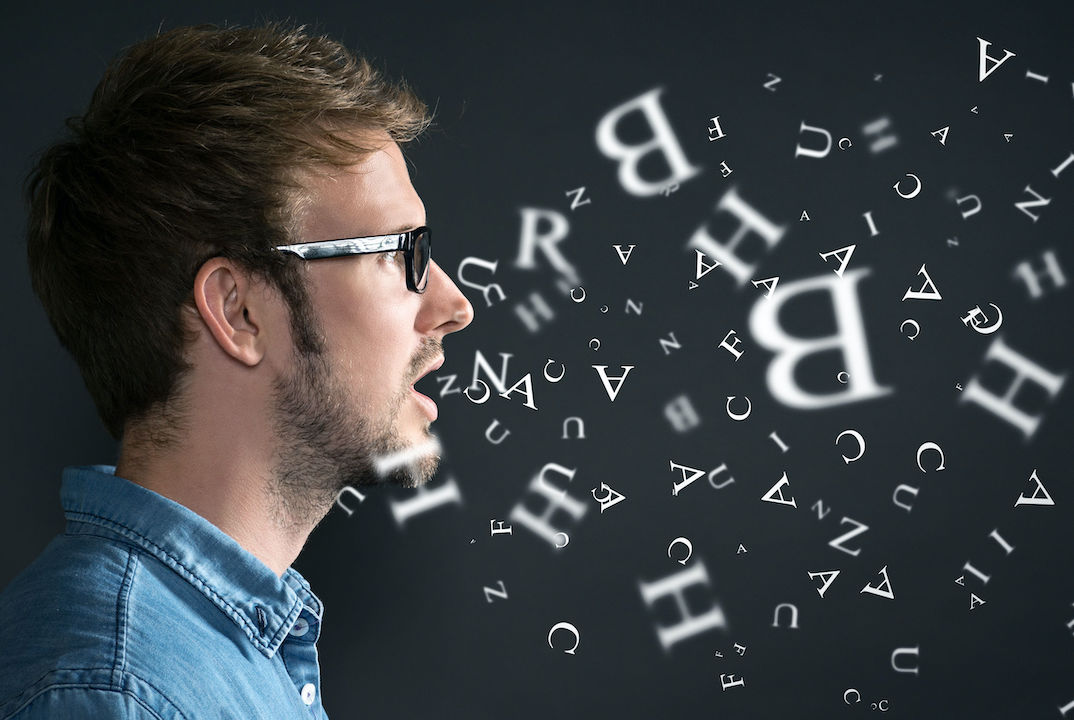 Stuttering has been blamed even fairly recently on parenting, but new research has several new findings: a structural deficiency in the brain’s wiring in stutterers; an inability to perceive rhythms; and a much more successful way to treat stuttering. Experts discuss the new advances. Hosted by Reed Pence.

Reed Pence: At some point in their lives, about 4% of people stutter. It’s a speech disorder that occurs most often in preschoolers and affects twice as many boys as girls. By the time they’re adults, roughly three-quarters of stutterers will learn to speak smoothly. But often shaming has already taken a psychological toll. Experts have long sought to find the causes of stuttering, but they’ve largely remained a mystery.

Dr. Roger Ingham: It has a history similar to the many behavioral problems, including Autism I guess. In the past, it’s been a strongly held belief that it is a psychological condition and it’s been generally blamed on parents, particularly mothers.

Pence: Dr. Roger Ingham is professor of speech and hearing sciences at the University of California, Santa Barbara. He says that today the public is still trying to get past the theories of an extremely influential psychologist named Wendell Johnson, who died more than 50 years ago.

Ingham: He was the first person to indicate that you ought to surmise that people who stutter learn to do to in childhood because their parents drew attention to these moments of dis-fluency in their speech and thereby made them anxious about it and so thereafter they were forever fearful of certain words and certain sounds. Thereafter, the whole thing started to change quite dramatically when Johnson’s theories, and it was called the Diagnosogenic Theory, fell into disfavor largely because of the findings of studies that had shown that indeed drawing attention to stuttering, in fact even administering shock contingent on stuttering, didn’t exacerbate it. It reduced it so that the behavior could be modified and it was modified in the directions that were completely the opposite of what was inferred from the Diagnosogenic Theory.

Pence: Ingham says that today scientists have compelling evidence that stuttering has a genetic connection. About half of people who stutter have a close family relation who does as well. What they may share is a structural flaw in the brain, according to Dr. Scott Grafton, Professor of Psychological and Brain Sciences, also at the University of California, Santa Barbara.

Grafton: We use diffusion MRI scanning, a very special type of MRI imaging, to map out models of brain connectivity, so there’s grey matter in your brain where sort of the processors are, and then there’s white matter which is really the wires and cables that connect the processors together. And in the white matter, you see clear-cut bundles of structural organization just as cables on the back of your computer have certain special patterns and organization. And one of the key findings was a large portion of something called the archuit disticulus was missing in seven out of eight of the stutters and present in all of the non-stutterers. And it was a large portion; it was at least a third of the archuit disticulus was missing.

Pence: Grafton says to have so much of a major brain connection missing is a whopping finding by any measure. So it’s no surprise that stuttering is apparently one result.

Grafton: It connects two areas of the brain that are involved, in adults at least, in classic language function. The more posterior region in the back of the brain is associated classically with language comprehension and understanding what others are saying. And the more frontal area is associated with speech production. They need to be connected for normal language to occur. In adults, when you get a stroke in either of these quartical areas or in the connection between them, you get different kinds of speech deficits- either an inability to understand speech, produce speech, or repeat language.

Pence: But would stuttering be the only place where such a large deficit might show up? Grafton says the areas of the brain that are impacted also include other functions.

Grafton: So in a normal person, the archuit disticulus has multiple branches that don’t just connect classic speech, motor, and language areas, they also branch out into areas involved in perception, visual cognition, and other functions. However, not seeing deficits in those areas doesn’t matter in the sense that there’s over 500,000 of these connections that can be identified with MRI in a human and there’s a lot of redundancy in the system. So it could be that some functions are particularly vulnerable to a developmental genetic abnormality whereas others, there’s enough robustness in the system, there’s enough alternative pathways that function can proceed.

Pence: So far, Grafton and Ingham have most of their evidence of brain abnormalities from only adults who currently stutter. But what about people who used to stutter and recovered? And how about children? Ingham says there’s some evidence abnormalities exist in kids who stutter as well.

Ingham: There have been some studies on children, using a different method, diffusion tensor imaging, that the findings sort of suggest there must be or likely to be an abnormality in the archuit disticulus region as well. We do have plans to look at children. We’ve already continued on with what we’ve been doing. We’ve started to look at people receiving treatment. We are particularly interested in people who have recovered, especially people who have recovered without treatment.

Pence: It’s possible that other functions are altered by the brain abnormality but haven’t been connected to it yet. For example, a study in the journal Brain and Language finds that children who stutter can’t perceive rhythm as normal kids can.

McAuley: The evidence we have that it’s maybe a part of perceptual problems. So a problem in not producing the rhythms of speech or producing fluent speech, but a problem in perceiving rhythm, particularly in perceiving beats such as you would perceive a beat in music.

Pence: That’s Dr. Devin McAuley, Professor of Psychology and Neuroscience at Michigan State University, author of the study. He tested children who stutter and children who don’t on their ability to tell whether two drumbeats were the same or different.

Pence: Speech has its own rhythm, and if people who stutter can’t perceive rhythms, it may be a reason for their inability to speak smoothly.

McAuley: So a beat is something that is periodic that occurs at regular intervals. So the ability to generate that in your head may help you pace your speech, So when you perceive a beat, you have to sort of fill in what is not there, so being able to internally generate a beat may help the motor system pace the individual syllables of speech or the difference speech sounds in a regular rhythm. So if you can’t do that, then you may end up stuttering so that it produces dis-fluencies in your speech because you have problems in actually timing the regular rhythm of speech. Supporting that is if you give individuals some external support, so if you play a metronome, so if you give them a beat, then that remarkably improves fluency in individuals who stutter.

Pence: That also helps explain why people who stutter when they speak can usually sing without stuttering. McAuley says singing uses more of the right hemisphere of the brain, while speech is concentrated on the left side. Scientists still don’t know whether speech training to eliminate stuttering similarly taps different pathways. One new method that Ingham has shown to be successful in clinical trials is called “modifying phonation intervals” or MPI.

Ingham: It works because we discovered some years ago that if you can train people to reduce the frequency of very short intervals of tonation. We’re talking about tonation that is of about 30 to around about 110 milliseconds in duration. The normal vowel sound is around about 200 milliseconds, so these are very short voice sounds. We discovered that we could train people that we could reduce the frequency of them, and interestingly enough, if there was only a 50% reduction in the short tonative intervals, immediately stuttering went away. And conversely, if we brought back those short tonative internals, stuttering reappeared.

Pence: Stutterers use biofeedback to learn to lengthen those short vowel sounds slightly. But Ingham says it’s not easy.

Ingham: It’s a very demanding treatment. I wouldn’t really enjoy going through it myself. Insofar as, we train the person very intensely in the clinic to learn to have the skill of being able to speak with these reduced frequency of these short tonative intervals, so that by the time they are ready to complete the first phase of the program, they are able to speak without stuttering on a variety of speaking types that we can create in the lab, including telephone conversations and so forth. And it also involves shaping their speech by making sure that their speech also sounds natural and we have feedback methods of being able to do that as well.

Pence: And sticking it out has that kind of payoff for most adults who’ve been tested. Ingham says MPI treatment works about twice as well as standard treatments for stuttering.

Ingham: Around about 66% of the people in the MPI program were able to maintain stutter-free speech, normally fluent speech, across selected situations that they chose one year after the complete completion of the program. When compared with the prolonged speech group, only around about 30% of them manage to maintain their performance.

Pence: But have the brains of those who’ve overcome stuttering changed? Or is there something different in their brain’s wiring that allows them to recover where others can’t? Ingham and Grafton aim to find out. At the least, knowing the brain’s structure is at fault should put to rest theories blaming psychological causes or how a child was raised. And Grafton says it opens up the same possibility for other developmental disorders. Finding true causes will ultimately lead to treatments that are more than guesswork.

You can find out about all our guests on our website, radiohealthjournal.net. You can also find archives of our segments there, as well as on iTunes and Stitcher. I’m Reed Pence.